Get the Look – David Beckham 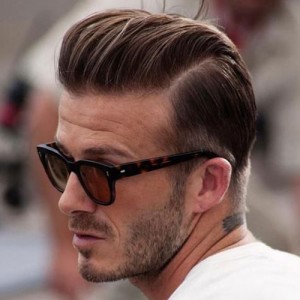 Whether you’re a Manchester United fan or not, there’s no denying that David Beckham in recent years has become as much of an icon off the pitch as he was on it. David Beckham has managed to figure out a way to appeal to both women and men at once, while at the same time raking in over £250 million(!).

Becks has sported a lot of styles over the years, from a standard shaved head to the unforgettable cornrows, but he’s got his look nailed on recently. With a style that harks back to the turn of the century, and reminiscent of the styles seen in Boardwalk Empire and Peaky Blinders, it’s no wonder we’re getting a lot of requests from lads both young and old to get the same look.

With that in mind, we’ve put together this quick guide on how to both cut and style his slicked back pompadour look, so read on!

If you’re planning on recreating this style the next time you’re in the barber’s chair, there are a few things to consider. While Becks has previously had a more exaggerated undercut (think Boardwalk Empire) in recent years he’s softened things up a little. While not as striking, this has the added benefit of being easier to maintain and less of a change for those of us used to the standard short back and sides.

When getting this cut, while there is some use of clippers around the ears and nape of the neck, most of the fade on the back and sides has been scissored in. This creates a textured look that blends smoothly into the longer top. This is unlike a traditional undercut that you might see, where the clippers are used to shave much higher up the head.

For a good pompadour, it’s important to leave a decent amount of length on top, but if you have thicker hair it’s best to have it thinned to reduce the weight but still give you plenty of texture to work with. 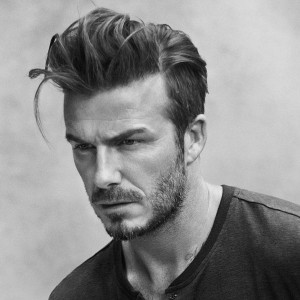 With this style, we recommend investing in a hairdryer! If you’re slicking it back or giving yourself a quiff, using a hairdryer is a good way to get it in place and give it some volume before applying any product. If you have naturally curlier hair, this will provide a wavier appearance which is perfect for this look.

With regards to product, using something like the Wayne Anthony’s Pommade is perfect for this. Simply run your fingers through the longer top of the hair, styling it backwards and giving you a flexible hold and great texture. An incredibly easy style to replicate with the right cut, and looks fantastic for both smart and casual appearances. 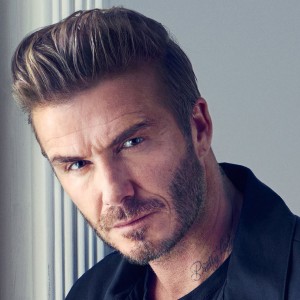 Like what you see? If you want to try this style out for yourself, pop in to see us at our barbers in Hipperholme and get that Becks look you’ve always wanted.